All eyes are on Ethereum this week as DeFi continues to drive the market higher. The second-largest cryptocurrency has now reclaimed $400 while the total market cap has surged to its highest levels since May 2018,

Bitcoin meanwhile finished the week flat, but not before printing a sudden spike on the chart as Federal Reserve’s Chairman Powell announced a more relaxed approach to fighting inflation. 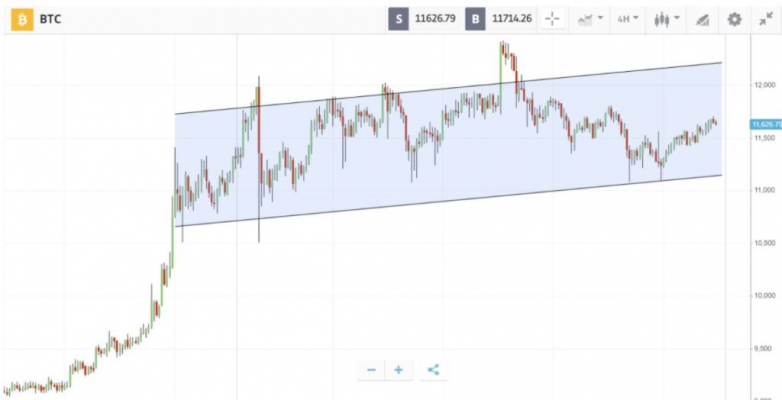 As bullish momentum pushes the crypto market upwards, more mainstream firms are jumping on board. American investment house Fidelity has filed paperwork with the SEC for a Bitcoin-based fund aimed at institutional investors, and Japanese financial giant SBI is launching cryptocurrency derivatives.

Boosted by the relentless rise of DeFi, Ethereum is again outpacing Bitcoin. The price of the cryptocurrency has risen almost 4% this past week as record amounts of liquidity are poured into decentralized finance.

The total value locked in DeFi smart contracts now surpasses five million Ethereum — or almost $8 billion. This figure has risen from a mere $500 million at the start of 2020, marking an explosion of demand for the liquidity, lending, and borrowing services of decentralized protocols.

As the growing weight of DeFi strains Ethereum and pushes transaction fees to all-time highs, smaller blockchains including NEO and Tron are attempting to carve out their own share of the ecosystem with more efficient blockchains.

NEO, the smart contract platform dubbed the “Chinese Ethereum”, has risen 17% this past week after founder Da Hongfei announced that the blockchain would be spreading its wings with the launch of its own DeFi protocol — Flamingo.

Meanwhile Tron is up 7% after Justin Sun promised a significant announcement, while Cardano is lagging with 7% losses.

As August draws to a close, this Monday marks the expiry of March’s Bitcoin futures contracts on the CME. This event typically leads to boosted volatility, and according to a study from Arcane Research, often coincides with falling prices.

On Wall Street, a busy week of economic reports and speakers could change the trajectory of traditional markets, and spill over to affect sentiment in cryptocurrency. This will be topped off with the release of the August employment count early on Friday morning.