InstaForex is delighted to tell you that it has extended the contract with the Dragon Racing team, its long-term partner and a participant of Formula E.

This is the first championship in the world contested by fully electrically driven race automobiles. Interestingly, because of its foresight the company had predicted the roaring success of the E-prix championship well before it came under the spotlight on a global scale. The new tournament was launched in 2014. Half a year later, the company signed the first contract with Dragon Racing. So, InstaForex proved its marketing vision. In some countries, Formula E tops the rating of its predecessor Formula 1 nowadays.

The company is certainly benefiting from its partnership with Dragon Racing. First, the racing team is focused on implementing cutting-edge technologies and being the leader in the challenge of top technical specialists. How is it related to InstaForex? The company’s main priority is to be at the dawn of the new era in trading. Second, for six years of the partnership InstaForex clients have been able to watch the Formula E championships live in Berlin, Rome, Moscow, Kuala Lumpur, and Hong Kong. The beauty of such tournaments is that they are held literally anywhere, even in the downtown.

In different seasons, the racing teams competed in Monaco, in Brooklyn in New York City, around the Hotel of Invalids in Paris, along Karl Max ally, and on the Alexanderplatz in Berlin. Thanks to the partnership with Dragon Racing, our clients can watch electric racing cars cruising around an array of landmarks in one season.

The world is sure to stamp out the odious pandemic soon, so the E-prix championship is going to expand its geography. InstaForex clients will be able to witness new victories of Dragon Racing in the streets of various cities.

nstaForex is anticipating the future and striving to make it better at present. The long-lasting partnership with Dragon Racing means that InstaForex has its finger on the pulse of technological novelties and prospects. Besides, we are certainly pleased to give our clients the sense of belonging to modern auto races. 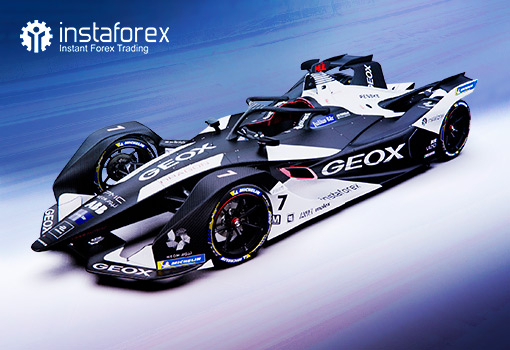