US stocks closed out a second straight positive quarter on Wednesday, with the S&P 500 up 7.9% over the past three months, but the day was marred by a swathe of job cut announcements from major firms worldwide. After Disney announced 28,000 job cuts on Tuesday, insurer Allstate said it was cutting 8% of its workforce, Royal Dutch Shell said it plans to cut up to 9,000 staff, and Goldman Sachs says it intends to resume layoffs following a pandemic freeze. Major US airlines are also heading towards a job cuts cliff, as the federal ban on cuts in the industry expires this week. “If there’s a clear and concrete path that says [lawmakers are] not quite done yet, but we will be done soon, of course [we’ll avoid job cuts],” American Airlines CEO Doug Parker told CNN on Wednesday. However, later on a $20 billion extension of the Trump administration’s proposed $1.5 trillion aid package was mooted specifically to help the beleaguered airline industry. This would be a six month extension.

In other news, the Federal Reserve extended restrictions on the size of dividend payments major US banks can make, and a ban on share buybacks. The restrictions will apply in the fourth quarter, affecting 33 banks that each have more than $100bn in assets.

Overnight an outage also halted trading in Japan as more than 2,500 stocks listed on exchanges run by Japan Exchange Group were impacted. The halt lasted the entire session, leaving Japanese stocks flat and likely to see higher activity tomorrow when it reopens.

European markets have looked to build on momentum of fresh stimulus hopes with the UK, France and Italy all showing gains between 0.5 and 1%. The world’s second biggest fashion retailer H&M has rallied 6% after posting Q3 results, which came in comfortably ahead of expectations. The Swedish firm bounced back into profit after a dismal Q2 and still has some 3% of it’s stores yet to reopen. 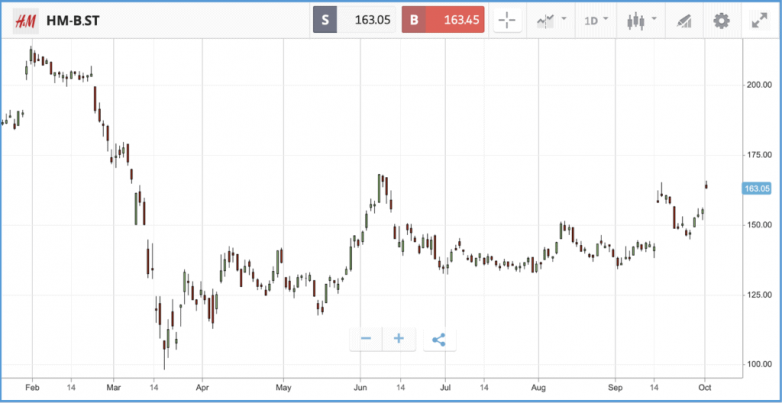 All three major US indices closed out Wednesday higher, with the S&P 500 gaining 0.8%, the Nasdaq Composite up 0.7% and the Dow Jones Industrial Average the winner at 1.2%. Duke Energy led the S&P 500 on Wednesday, closing out the day 7.5% higher, after reports NextEra Energy is attempting to buy the firm. Storage chip maker Micron and data storage provider Western Digital brought up the back of the index, with both sinking by over 7%. The falls followed Micron’s release of its latest quarterly earnings, in which it warned of a potential oversupply in the flash memory market.

Healthcare was the leading sector in the index overall, helped by 3.5% plus gains from care providers Centene, Universal Health Services and HCA Healthcare. In healthcare company news, device maker Medtronic made waves late in the day after market hours, as The Wall Street Journal reported that the Justice Department is investigating whether acquisitions the firm made limited competition in the ventilator market.

It was a mixed day for UK stocks, with the FTSE 100 down half a percent and the FTSE 250 up 0.8%. Of note during the day was a speech by Bank of England chief economist Andy Haldane, in which he warned that “contagious pessimism” is impacting the UK’s economic recovery. That speech followed a data release from the Office for National Statistics, in which it revised its Q2 GDP figure from an estimated slump of 20.4% to 19.8%. The improvement still represents a historic tumble into recession, its largest on record. In the FTSE 100, Rolls Royce fell hardest, closing the day out 7.4% down, while Ocado Group ended the day down 5.2%. Online grocery delivery service Ocado this week became the UK’s most valuable food retailer, overtaking Tesco – which towers over it in terms of revenues and profits. The FTSE 250 was led by gambling firm 888 Holdings, which jumped by more than 20%, after it said it expects annual profits to exceed its previous expectations and announced a special dividend payment.

PepsiCo: Drinks and snacks giant PepsiCo delivers its latest quarterly earnings report on Thursday. So far this year, the firm has lagged the broader market, but ahead of key rival Coca-Cola. Pepsi stock has eked out a 1.4% gain in 2020, while Coca-Cola is down 10.8%. The firm’s global footprint means it is exposed to a variety of different levels of lockdown restriction, and investors will be watching closely for how the firm has benefited from restaurant reopenings in different regions. Currently, Wall Street analysts are split almost evenly between a buy and hold rating on the stock.

Constellation Brands: Alcoholic drinks firm Constellation, which owns brands including Corona and Modelo, will also deliver a quarterly earnings update on Thursday. Similar to Pepsi, any boost Constellation has had from consumers buying more of its products while stuck at home balances against a loss of business from restaurants and bars that were forced to shut down. The firm’s share price is flat year-to-date, after recovering from a 50% share price fall when the pandemic induced market sell-off hit in March. Analysts are anticipating a $2.51 earnings per share figure to be reported for the quarter on Thursday.

US economic data: A bevy of economic data will be reported in the US on Thursday, including August consumer spending and core inflation, September manufacturing indices from Market and ISM, August construction spending data and September motor vehicle sales.

The Australian government this week announced an investment in developing its blockchain industry as part of a wider digital expansion package.

Chloe White, a member of Australia’s Department of Industry, Science, Energy, and Resources, called the direct funding “a huge win for Australian blockchain today” adding that it “is the biggest investment the Government has made in the sector.”

All data, figures & charts are valid as of 01/10/2020. All trading carries risk. Only risk capital you can afford to lose